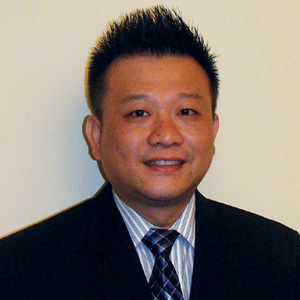 The pandemic has given us, as corporate and individuals, the opportunity to work in some new and various ways while still productive. Some corporations and individuals that already have virtual corporate settings and cross countries enablement is already getting used to the technology used and how to interact in the virtual setting. Some are forced to accelerate with the technology and “new way” of interactions. During the pandemic, some of the tools are introduced so that organisations and employees are still able to perform at their optimum level. Most companies are accelerating their digitalisation agenda and making it a corporate top priority as part of their business continuity plan. What did we learn as organisations and individuals during the pandemic? How is Human Capital play a role?

We learned that we could have different ways of working while maintaining or even increasing productivity. We also have new ways of interacting in the workplace and redefining what is called a workplace. Therefore, we also have some new jargons that relate to workplaces, such as work from the office, work from home, work from anywhere, and hybrid workplace arrangement. These things used to happen in some multinational corporate settings, but during the pandemic era, these have become common for all corporates.

We also learned new ways of interacting with others. The way that we do meetings and the way that we communicate with each other is changed due to the medium/technology that we use. We then unlearned what we used to do and relearned different ways to interact, communicate and act. Technology has helped us accelerate the process and, at the same time, streamline the process.

As a result, we have different ways of doing new employee orientation. Most of the employees did not come physically to the office on their first day. They met with their leader virtually and might be on their own in performing their job. The way that we work is different, as we should set “new” standards of working hours, ensure employees start working or finish working, or any other set of standards related to the workplace, monitoring, controlling and commitment. Human Capital plays a pivotal role in creating a positive environment to make it happen.

Once the pathways are set would help all employees set some guidance on the way we work. We can use different ways of checking points to ensure that we are on the same pathways. Some are doing morning briefs or town halls to ensure that all are on the same page. We can also agreed on how we communicate, which technology we would use and how often we should do checkpoints in a certain period of time

This process is critical as not all leaders are ready to facilitate the teamwork process in a different set of “workplaces. Some “new” skills are needed as part to upskill the capability of the leaders. Facilitation is a new tool that would help leaders in leading the team. Human Capital should establish and introduce new ways of working with a different set of capabilities for leaders. It is not only introducing new technology, but also new ways of engagement and collaboration. How to build trust and esprit de corps within the team is the agenda of all leaders in this new era. Feedback and Feed Forward can be done using technology. However, technology could not replace the conversation that should be done between a leader and its team member. Leaders should relearn new ways of using technology as media to do reviews and then make the conversation either offline or online.

Leaders should also define how to celebrate success as part of appreciation and recognition. Simple things could be the moment of truth for the whole team and those who had done their best. Technology will give ways in doing recognition and link into the rewards provided by some providers using employee engagement applications. However, it is should be done with high touch and empathy so that it is not only a mechanical process or ritual.

HR should play a strategic role in making a better workplace environment with high tech and high touch. 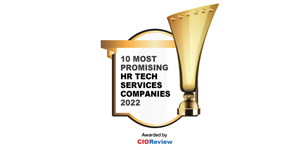 Sunrise HCM: A Revolution in Full-Service Payroll and HR Directly on the Salesforce Platform

The Journey to Swift Digital Transformation

Virtual Immersive Learning: The Next Frontier in Higher Education

Making the Case For Moving from Health IT to Health Analytics

Data as a Business

Ricardo Leite Raposo, Director of Data & Analytics at B3